'Upon a small marble slab the information for the exhibition New Works #1 at Sprovieri Gallery in London is engraved. The invite is the work of art, and that the moment is a unique event can be deduced by Pietro Roccasalva’s piece ‘Cosa sono le nuvole (What Clouds Are)’ which highlights the contrast between electronic flexibility – essential dynamics of our age – through the use of a material like marble that opposes the idea of communication in favour of that of the communicator. This piece, like the others in the exhibition, brings together several aspects of Italian sculpture during recent years creating the perspective of an artistic landscape divided between a richness of study and experimentation and the difficulty of converging within an identity ravaged by an above all cultural crisis. Never before has a generation reflected upon Agamben’s texts and theories on the contemporary quite like this one. From its identification in obscurity up to the distinction between contemporary and current. A series of contradictions that aim to explain one of the most controversial periods in Italian cultural identification. At first glance the detachment from Italy, from a territory that has buried the concept of contemporary only to find it once more in recovering the Warburgian canon of buried culture. A territory that appears more as a landscape of quicksand in which the present is ever sinking, and in which the solid basis of the past acts rather as an impervious headstone. And yet these elements that seem negative perhaps are not, other than for the politicians who always have their responsibilities. Italian contemporariness is elsewhere, dissolved in other regions like an emigrant, or in a deep analysis of the “I” before an interminable history. A look into a shattered mirror, the fragments of which multiply time into a kaleidoscopic puzzle. Yet in this catastrophic scene a moment of reflection and meticulous production seems to be expressed by a contemporary art that tries to study the deepest aspects of history, taking a stand in a landscape in which the window from which to behold it must be invented daily. And it is no coincidence if all this falls back on sculpture. A technique that uses the surrounding space as time, as a construction of its own individual outlook, multiplying points of view and perspectives. Neither is it by chance that this exhibition aims to examine precisely these aspects that are intrinsic to an Italian situation and that this examination passes through the analysis of a sculpture. As opposed to other media, sculpture reacts differently to time. It does not wish to build the illusion of space, reconstructing it through a perspective pretence, but rather it wishes to bring together the view of the visitor with the work of art, using the surrounding space as a kaleidoscope of different visions.

The exhibitive space as a physical experience, as an experiment until arriving at a metaphysical dimension in which time and history become two indissoluble elements. The artists involved in the exhibition examine this relationship between history, matter and time linked to processes of materialisation and decomposition.

‘Clessidra (Hourglass)’, a sculpture in bronze by Giorgio Andreotta Calò, highlights the dynamics of time and the possibility of transforming itself into matter. The void – the missing element – has been created by time, sculpted, as it were, by time. In the activities by Jorge Peris the formal transformation of the physical and organic world transforms matter through a series of processes that give way to controlled randomness. As in the works by Micol Assaël, the relationship with the viewpoint is often permeated by a physical and dynamic activity that becomes a metaphor for a physical and chemical energy. In this sense the research of these artists lends itself to a portrait or a landscape in which the corrosion of the present, of the current becomes a dimension for going beyond an unstable present. Gabriele De Santis' historical fragments that use the surrounding emptiness as a continuation of remains that are to be reconstructed, rethought. And it is these spaces that can again propose a thought of reflection and freedom. Seb Patane photographs the historical situation reconstructing structures and elements that can ignite contemporary visions. Just as history identifies with form, the thought of the artist becomes visible in uniting personal memories with collective ones and aiming to bring everything to a formal synthesis. The same attention to a balance between pretence and reality results in the work by Marinella Senatore, in which history and her reconstruction and modification become central elements in her research.' 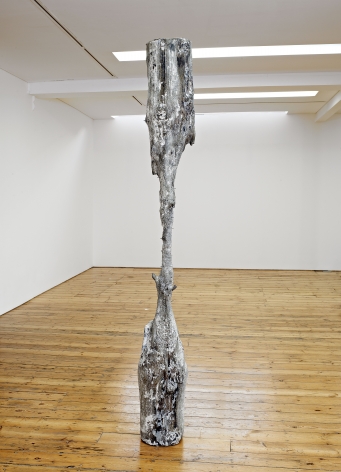 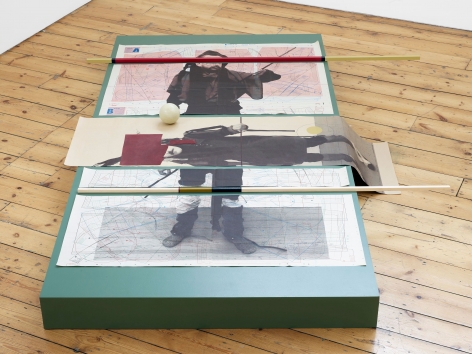 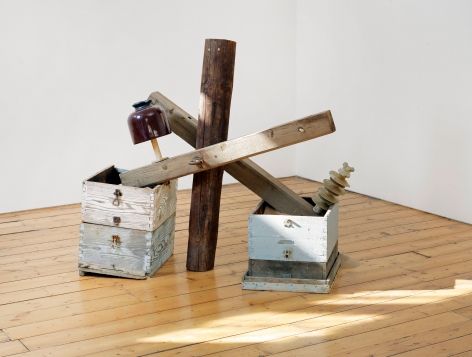 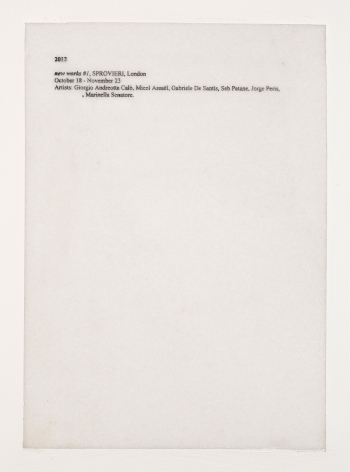 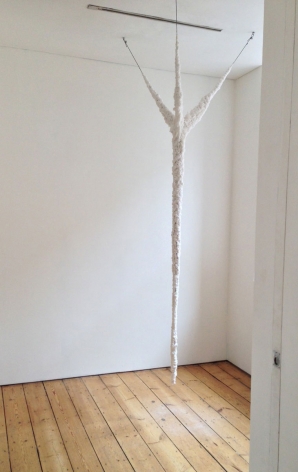 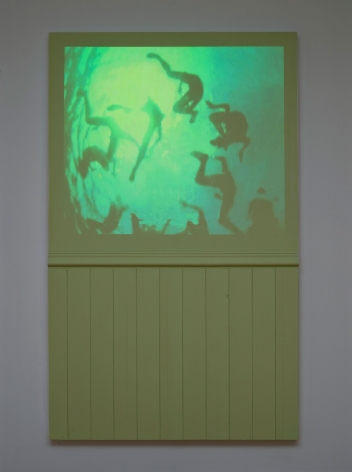 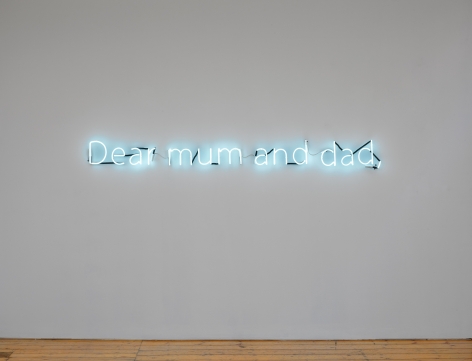 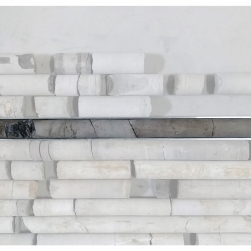 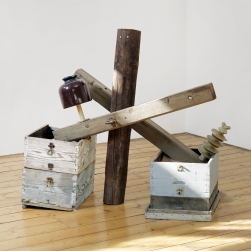