Sprovieri is pleased to present “Reputation”, Eric Wesley’s first solo exhibition at the gallery, in collaboration with Galleria Fonti, Naples.
There are a number of Eric Wesleys represented or rather “present” at the current show of Sprovieri. The project was born through the simple and ubiquitous act of one looking up their name on-line. The suite of pictures of Eric Wesley were sourced from the internet in Los Angeles, sent, via e mail to China where they were painted in oils and shipped to Italy to be refined and presented at Galleria Fonti, Naples, before travelling to Sprovieri, London. The title of the show “Reputation” takes its name from on line services such as ReputationManagement.com which repair and regulate ones on-line existence. Both process and product illustrate the vastness of deoxyribonucleic acid and its manifestation in our world, biological and virtual.

«In the 1960s and '70s people would actually say things like “we all are one” with earnest. “Reputation” asks this same question in 2018 with not only the liberal mindset of a philosophical enquiry but also with a more scientific ambition. DNA of all people is, from afar, very similar and diametrically opposed once you get close enough. This coding of reality leaves traces within the artwork of the show, “Reputation”. As far as Art is concerned “Reputation” asks the question which is more valuable? an original painting, by, say Edouard Manet or the mug with a printed image of the oil painting available at the gift shop. The “ pricelessness” of fine art swings the other way when one considers an object at face value... you can take a mug home with you, use it to drink from at the same time consume the art». 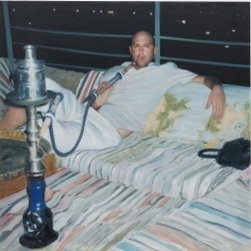 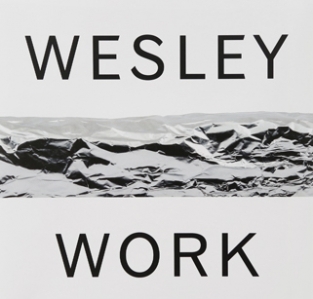